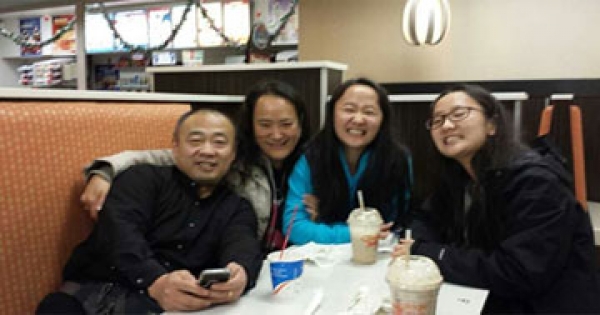 GAO YAN  a.k.a. CHRIS from the People's Republic of China is a man of vision who wish to promote Bodybuilding and Physique Sports to all athletes all over the world minus the politicking from several organizations which control and regulate the athletes.
He is a man of great ambition and now working in alliance with the World Bodybuilding and Physique Sports Federation (WBPF), NSL and ABBF to achieve his goal in this direction.  His aim is to increase the prize money and hopefully next year it could be US$50,000 for the Overall winner in the Bodybuilding category.  He is a visionary for our sport , and wish his dreams will come true. It is a privilege and pleasure of introducing him to the bodybuilding world to know we have kind, trustworthy and honest people in this world who work tirelessly for the promotion of our sport like Gao Yan of China. He was an active bodybuilder many years ago and met the late Ben Weider in the year 2000 in Las Vegas during the Mr. Olympia competition.  He now concentrates and promote  our sport not only in China but for all bodybuilders and physique sport athletes who yearns to win prize money and establish themselves to be a true pro in their own rights without  hindrance and obstacles to reach their ambitions.
From my communications  via whatsapp, emails and tele-conversation with Gao Yan, I found him to be strong and alert and very capable person, energetic, generous and a warm person.  He loves bodybuilding too much, this is his life. There was not a word of politics, religion, race or color in our daily communications.  He only thinks of Bodybuilding in the morning, day and night. He is married to Madam Lifang and has twin daughters Alice and Grace and living happily in the city of Zhengzhou, Henan Province, People's Republic of China.
He met with a serious accident last year and survived by the grace of GOD and continuing with his mission of promoting Bodybuilding and Physique sports.  May the Almighty God bless him with good health and happiness to achieve his dreams come true.